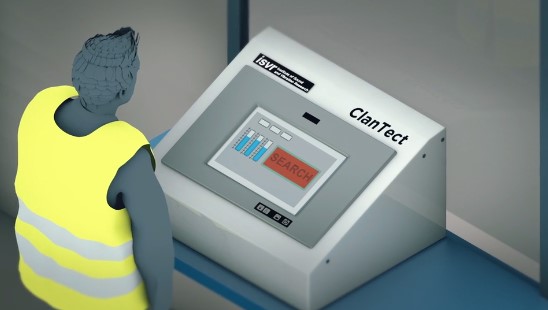 ClanTect have successfully executed on the roll out of their Motion Detection Technology (MDT) systems (sometimes referred to as ‘Heartbeat’ or ‘Human Presence Detection’ systems) across the estate of the HM Prison Service.

ClanTect’s MDT systems are the ‘Next-Generation’ systems. ClanTect’s MDT provides far greater accuracy than the old legacy systems, which have been widely around the world.

The legacy systems are unable, to differentiate between any vibration emanating from outside the vehicles (such as from passing traffic or road works) versus the vibration coming from directly inside the vehicle. Equally in outdoor operations, such as on highway border crossings and motorway check points, the legacy systems cannot operate effectively, as they are unable to determine if the vibration is being caused by windy conditions. As a result, the legacy systems provide unacceptably high levels of false results (i.e., ‘false positives’). ClanTect’s unique ‘blocking technology’ eliminates such ‘external vibrations’ and is one of the reasons, why ClanTect was selected for HM Prisons to replace the old legacy systems.

ClanTect has also proven to be an extremely robust system, built to military specifications, and used in harsh environmental conditions. Their systems are also easy to operate (it’s essentially a ‘one-click’ operation) and fast (an electronic search typically takes 60 seconds). Equally important, the ClanTect systems are completely safe for both the operator and any hidden fugitives, unlike many other technologies.

ClanTect has continued to enhance their MDT portfolio, e.g., they have implemented full wireless systems (which eliminates the need for cable systems, for their sensors). They also offer compact, lightweight mobile versions, e.g., they’re launching a new tablet version, which is ideal for roadside ‘Stop and Search’ operations by the police services.

In addition to the HM Prison Service, ClanTect replaced similar out-dated legacy systems deployed by the UK Border Force, and ClanTect are also used by Frontex (the EU pan-European border agency) as well as by many other prison authorities, border agencies and owners of critical infrastructure in many countries.